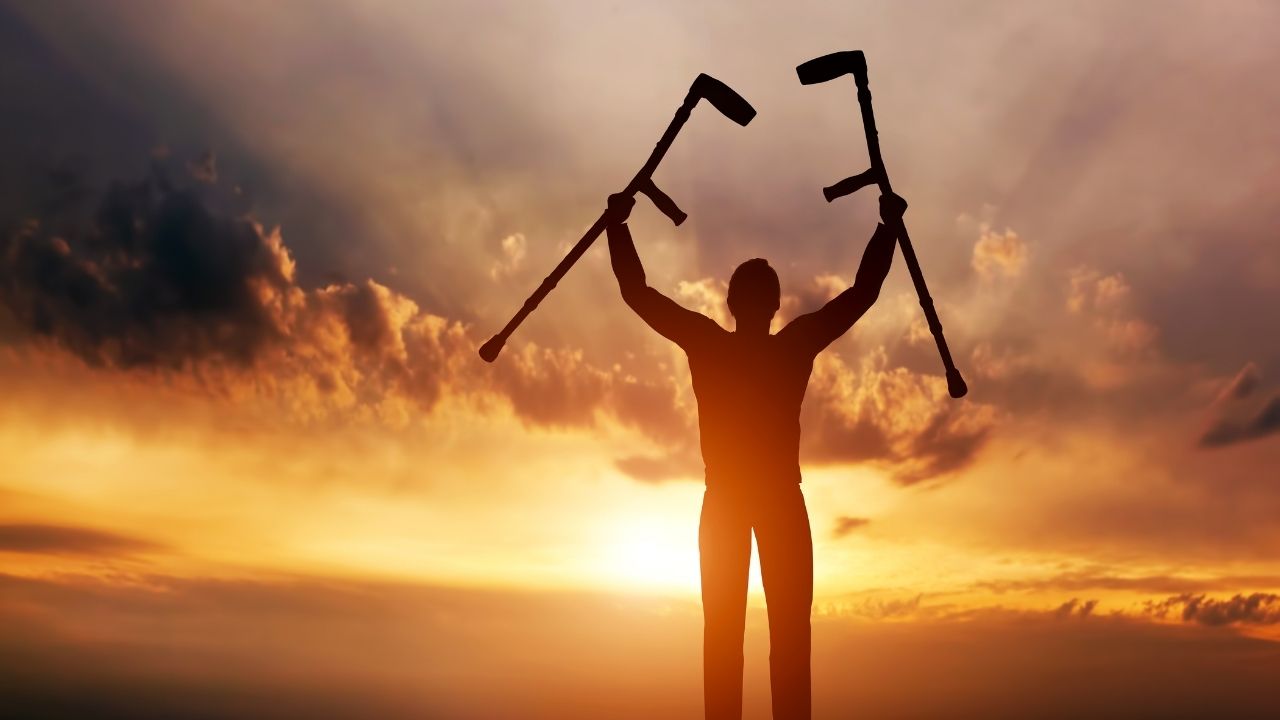 When it comes to our day-to-day life, there are a lot of things we struggle with. The list obviously depends on each individual, but there is one thing that almost every individual works with, Losing weight!

We all struggle with having a fit body and losing weight (a lot of it is because of the unrealistic and fake body standards social media has enforced on us, but that’s beside the point).

And here is another one that will help you for sure – How To Cook On Crutches? 10 Best Tips.

But have you ever thought of the fact that if it is so hard for you to lose weight when all of your body is functioning properly, how hard will it be to lose weight with a broken leg(s) and crutches?

Before you start feeling bad for people with crutches, don’t. They have the upper hand in this matter. When a person is on crutches, they lose weight AND also gain muscles faster! Yeah, that’s so crazy. If you are wondering how that is possible, keep reading.

How Many Calories Does a Person Burn When Walking with Crutches?

The number of muscles that are being engaged when using crutches is a lot higher, so a lot more energy or calories are burned with those muscles functioning.

Now let us move on and talk about specific numbers. According to MicroStrategy calculations, on average, a person who weighs a hundred and thirty pounds (130 lbs.) loses two hundred and ninety-five calories per hour (295 calories/hour) when walking with crutches.

Remember when I talked about how a person burns more calories when they weigh higher, this is clearly shown in this calculation.

Crutches And the Use of Upper Body

Your shoulder muscles are the most important muscle group when it comes to walking with crutches. They work to stabilize the upper body.

Moreover, your arm muscles work on moving your hands forward and backward so you can walk properly with crutches—the constant use of these muscles when using crutches work to increase their strength. A lot of people have said that long-term use of crutches has made their upper body, especially the shoulder and the arms, really muscular.

This is possible because if you stay on crutches for quite some time, your relevant muscles are constantly active and continuously being used. You would burn calories while also gaining muscle mass. The same thing would take place if you went to the gym and exercised to work on these muscles.

But if you don’t walk a lot using your crutches, do not expect the magical change of you being muscular to happen. Again, like any other situation, you would need to put in the work to get the result you desire. However, if you overwork those specific muscles a lot, they will start bothering you.

You will need to find balance because if you overexert particular muscles in your body is not a good idea.

If they give up on you or become too sore, you will not be able to walk with crutches…which will be bad because if you have crutches, it means you NEED them to walk.

Here is a relevant post that I have written that might interest you – Exercises to Prepare for Crutches.

Does Walking on Crutches Use Your Abdominal Muscles?

There are many different varieties of crutches that a person can use, depending on their needs. Gutter crutches, elbow crutches, forearm crutches (also known as iofstrand or elbow crutches), but the most common kind is axilla crutches. They are the crutches you see almost everywhere.

They have padded tops along with a handgrip that is located around halfway down from the top of the crutch. Most of the weight is supported by your shoulders and arms (as mentioned) when using axillary crutches because the crutches are put under your armpits, and your hands ensure they are adequately gripped and are balanced.

BUT what most people don’t know is that your abdominal muscles are also used when you use crutches. Their primary focus is to keep the torso upright.

The abdominal muscles are also engaged when you walk (especially when you move forward) with your crutches. If you use crutches for an extended period of time, your abdominal muscles can become more robust and even more toned since their work as stabilizers is harder.

So here you go. All the reasons you can lose weight as well as gain muscles when using crutches. The purpose of this article isn’t to make you constantly walk for hours and hours on end.

But it is to make you realize that just because you are in crutches does not mean your life should be in a slump. You will obviously lose weight, so why not go all out because that will not be the case. You can still be active with crutches.

Sure, it will be a bit difficult compared to what you are used to. Your muscles might get sore, you might have trouble balancing your steps, but that is all part of the process. The more you will practice, the more you will learn.

The practice is essential for people who are on crutches for a long time. You cannot let go of your life because if you do that, don’t expect to jump back on your feet once you lose the crutches. Remember, if you really want to do it, nothing can stop you from doing it. There is nothing a little hard and dedication can not do.